The CO2, indicator of containment

The concentration of certain gases in the air we breathe deserve to be monitored, for very different reasons: carbon monoxide (CO), carbon dioxide (CO2), volatile organic compounds of various kinds (VOC), etc. Let us focus here on the case of CO2, or “carbon dioxide”.

Difficult to ignore this topic, even if it is not at the heart of the subject we wish to cover here.

Contrary to what we sometimes think, carbon dioxide is very little present in the Earth’s atmosphere (in its current state): about 0.04%, far behind nitrogen (78%), oxygen (21%) and argon (1%).

The effect of its increase in the free atmosphere is therefore not to prevent us from breathing, but to modify the average temperature and therefore the climate, through the greenhouse effect phenomenon which limits the thermal radiation capacity of Earth.

Current composition of the atmosphere

A chain of phenomena, essentially linked to human activity (deforestation and forest fires, production of energy from fossil materials, etc.) has caused the rapid increase in the level of CO2 for over a hundred years. The annual average already exceeds 400 ppm (parts per million, by volume), growing by 2 ppm / year.

For amateurs, the model developed by the Japanese economist Yoichi Kaya gives an idea of ​​the contribution of different factors on the atmospheric rate of CO2 (“Kaya identity ”). 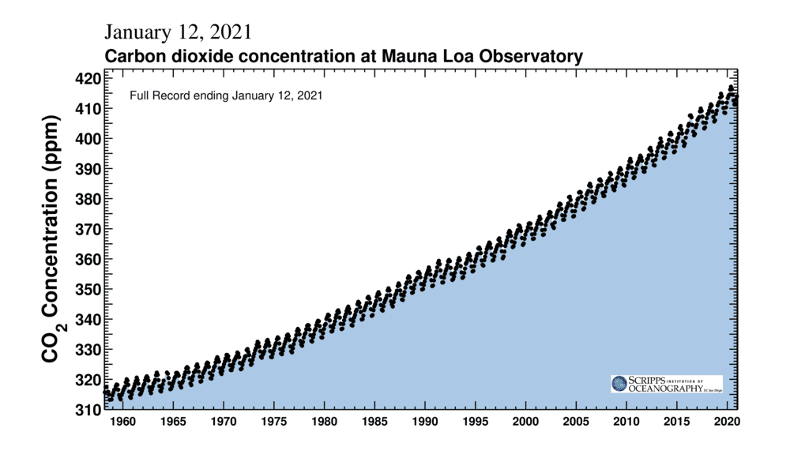 Monthly rate of CO2 in the atmosphere, measured at Mauna Loa (Hawaii) since 1960 – Scripps Institution of Oceanography

In general, good ventilation decreases the risk of respiratory disease. On the other hand, a CO2 concentration greater than 1000 ppm leads to a (reversible) decrease in cognitive faculties.

In the Covid-19 context, the quality of indoor ventilation becomes essential. Sars-Cov-2 can be transmitted by aerosols, microdroplets emitted during breathing and when speaking. These aerosols are propagated over distances greater than 2m. A simple and effective method of reducing aerosol contamination is to ventilate the premises effectively.

In confined spaces, CO2 is produced largely by human respiration, and the amount of CO2 in the air indicates the quality of the ventilation. The higher the CO2 level, the less ventilated the room and the greater the possible viral load produced by its occupants.

In free air, the CO2 concentration is between 350 ppm and 450 ppm (parts per million). By taking an average of 400 ppm, the link between the air quality in a room and its CO2 concentration is specified by the following values ​​(see standard EN 16798-1, ventilation of buildings, published in 2019):

Even stricter thresholds during the Covid crisis

In a confined space, it is not uncommon to exceed the first threshold after a few minutes, for example in spaces open to the public, meeting rooms or poorly ventilated classrooms. This is why, during the Sars-Cov-2 pandemic, the thresholds are even stricter.

In its opinion of April 28, 2021, the French High Council for Public Health recommends an even lower threshold:

“A CO2 concentration above a threshold of 800 ppm must in all cases result in not occupying the room and acting in terms of ventilation / air renewal and / or reduction in the number of people admitted to premises of premise receiving the public”.

How does a CO2 detector work?

The detector compares the absorption of the infrared beam from its emitter (set to a judiciously chosen wavelength, typically 4.26 micrometers for CO2) between the ambient air and a reference, for example a capsule containing the gas that you want to detect (or a value set at the factory).

After filtering and treatments, the desired concentration is deduced therefrom. 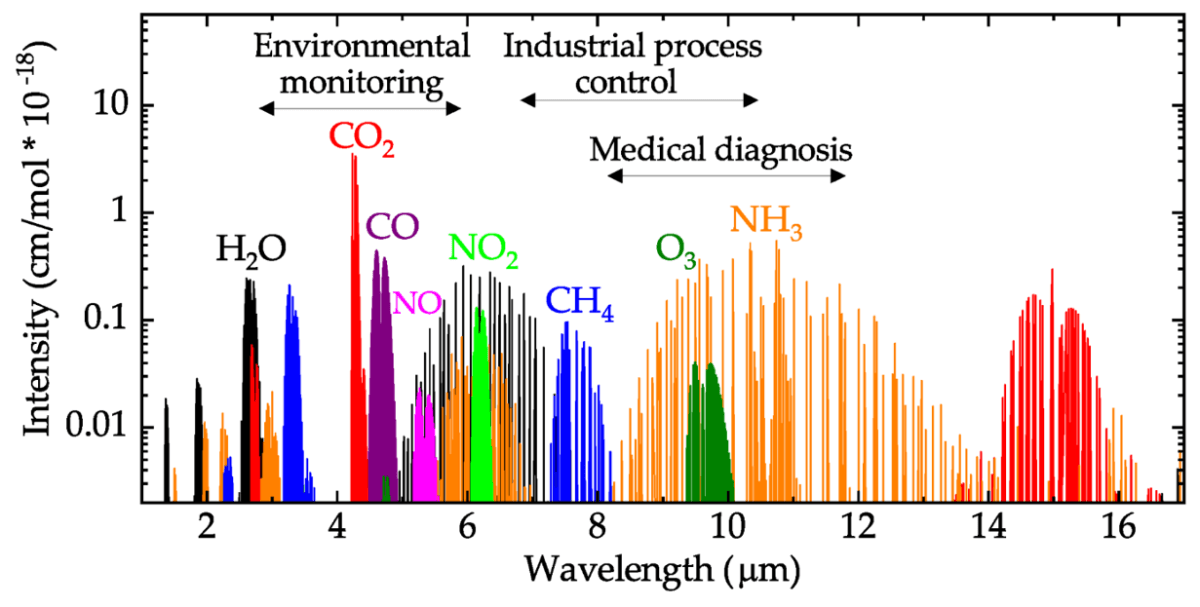 Variation of the CO2 rate in confined spaces

A drawing is worth a thousand words… below is an example of the variation in CO2 concentration (captured from the Agora Software solution) in a meeting room on Monday 13 and Tuesday 14 December (therefore in winter). There are about 20 people in the room and the measurement step is 30 minutes.

We can see that the “empty” rate (400 ppm) is indeed reached during the night of Sunday 12th to Monday 13th, then that the curve follows quite precisely the presence of the public, with a well-marked lunch break and a rather slow descent during the night (probably linked to a lack of ventilation).

As for the high values ​​(3300 ppm), they are way too high regarding the recommendations.

Measuring is good, acting is (much) better

Once the sensor is installed, the question arises of the use of the information. A first response consists of storing it in a database (“a lake”) of data and then generating periodic reports summarizing the evolution of the measured values.

These reports will help identify premises with recurring problems and, in some cases, schedule work to improve ventilation.

2) immediate situations are not addressed, with people remaining exposed to bad air quality

However, it is possible to act quickly when crossing critical areas, by warning people capable of acting locally or by directly controlling a ventilation system when the room is equipped with it.

A simple example of a scenario applied to a school consists in making the technical manager aware of crossing a first threshold, then the teacher in charge of the class as soon as the level requires it by simply asking him to open the window.

And if she did not confirm this action after a few minutes, ask the technical manager to carry out the operation by himself.

The effects of the excess of carbon dioxide in the atmosphere are more than problematic. However, its bad reputation should not prevent us from using it, like the canary in coal mines, as a good containment detector: quick to set up, reliable and inexpensive. As long as you listen carefully …

If this article interested you, you could also read The curse of the last mile or go directly to our page dedicated to Cities and Territories.

Find us on our LinkedIn page

Download our white paper Use cases and discover our other use cases in various sectors of activity. 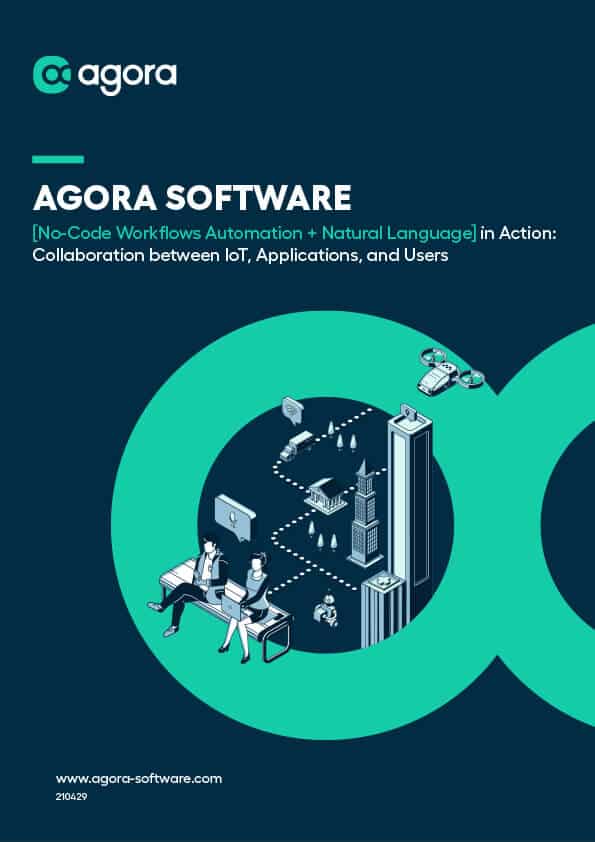 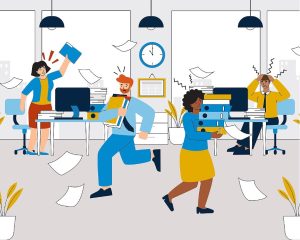 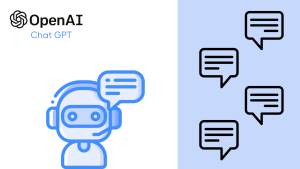 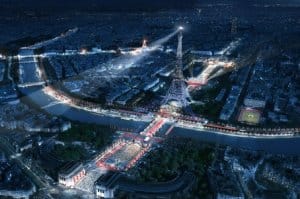